Johnston Franklin Bishop is a centrally located law firm on Vancouver Island that provides a broad range of services, in the areas of ICBC and Personal Injury claims, Civil Litigation, Real Estate, Wills and Estates, Corporate and Commercial matters.

Our experienced and diverse team is here to ensure that your needs are met and that you receive the best representation in the unfortunate event of an accident, an ICBC claim or civil ligation matter, and to assist with estate planning and administration, real estate transactions, and corporate and commercial matters.

Our lawyers volunteer locally and care deeply about their community. From coaching to participating in local service clubs, JFB lawyers prioritize giving back to their community, and donate both their time and knowledge to several organizations. 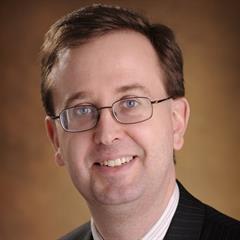 Blair Franklin* was born in Esterhazy, Saskatchewan. His parents moved to Smithers, B.C. when Blair was young. He lived in Smithers, B.C. playing hockey and skiing until his parents moved to Nanaimo, B.C. in 1980. Blair played soccer, hockey and one year of lacrosse in Nanaimo. He graduated from Nanaimo District Senior Secondary and took two years of undergraduate work in Commerce at Malaspina College (now Vancouver Island University). After graduating from U.B.C. Faculty of Law, he returned to Nanaimo to article. He was called to the bar in May 1995 and joined Johnston Franklin in August 1995. Blair is married and has three children ? Steven, Lisa and Trevor. He spends his time outside the office coaching hockey, curling, and softball and plays hockey and curls himself.